You need to throw away notion of "self".
Because "self" is made of non-self elements.

You need to throw away notion of "human being".
Because human is not a boss of nature.

You need to throw away notion of "living beings".
Because non-living beings are alive also.

You need to throw away notion of "life span".
Because birth and death are not reality.

Notion is a wrong perception which causes afflictions.
Notion is the arrogance which separates oneself from others.

You need to turn away your view of "This body is me".
Because you are not the body.

You need to turn away your notions of "pairs of extremes".
Because reality can not be described in terms of notions.

You need to turn away your wrong view.
Because wrong view causes wrong perception.

You need to turn away your attachment to your view.
Because truly right view is the absence of all views. 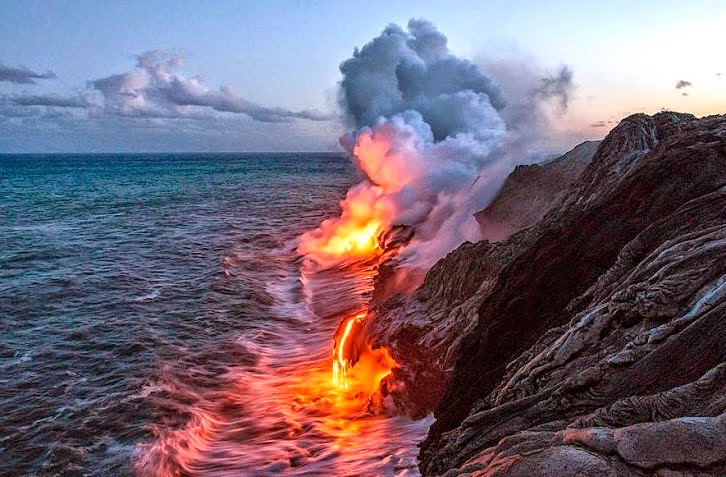 This is my version of Pebble meditation.
http://www.slideshare.net/compassion5151/pebble-meditation 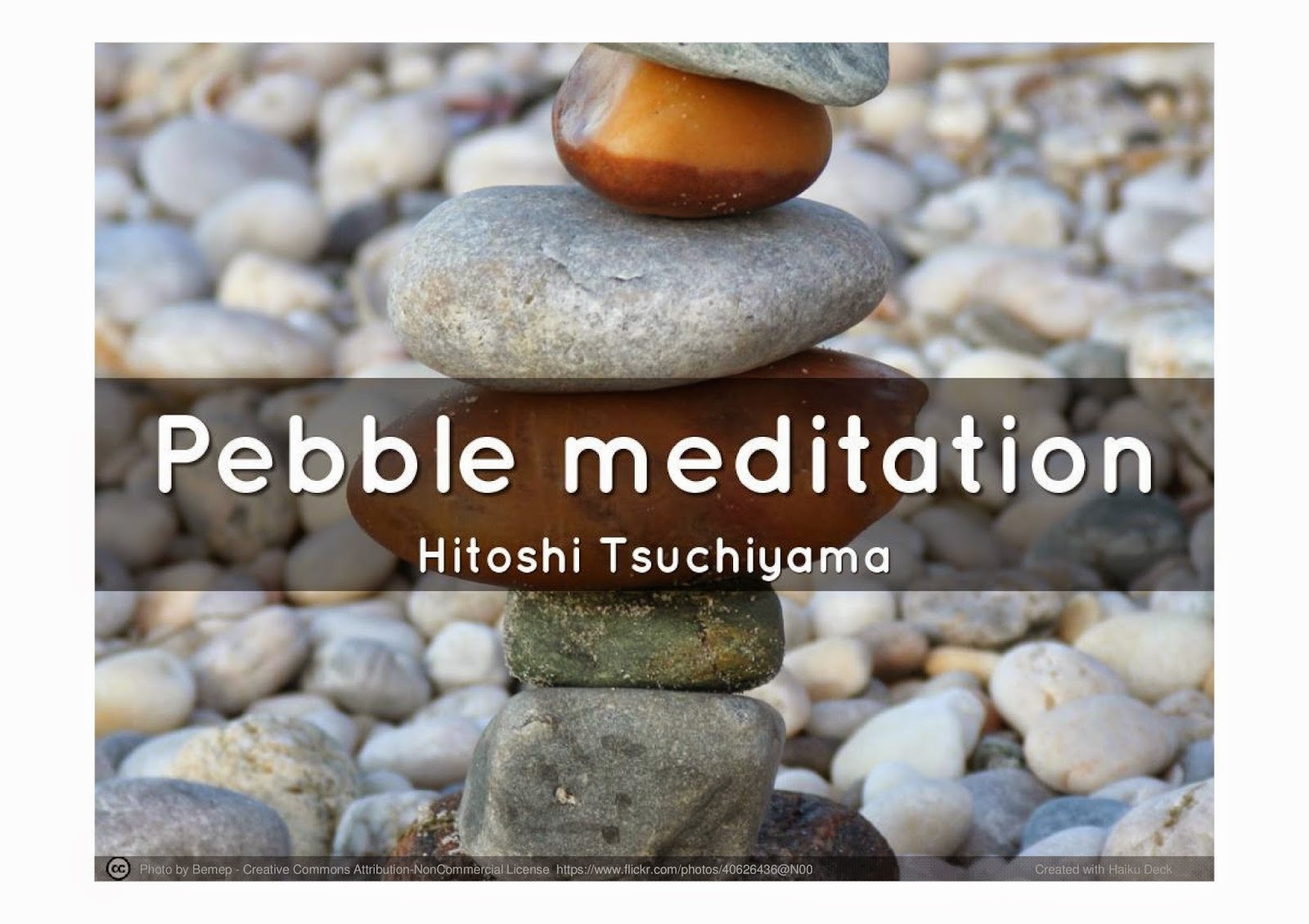 Your body is the seed of consciousness! 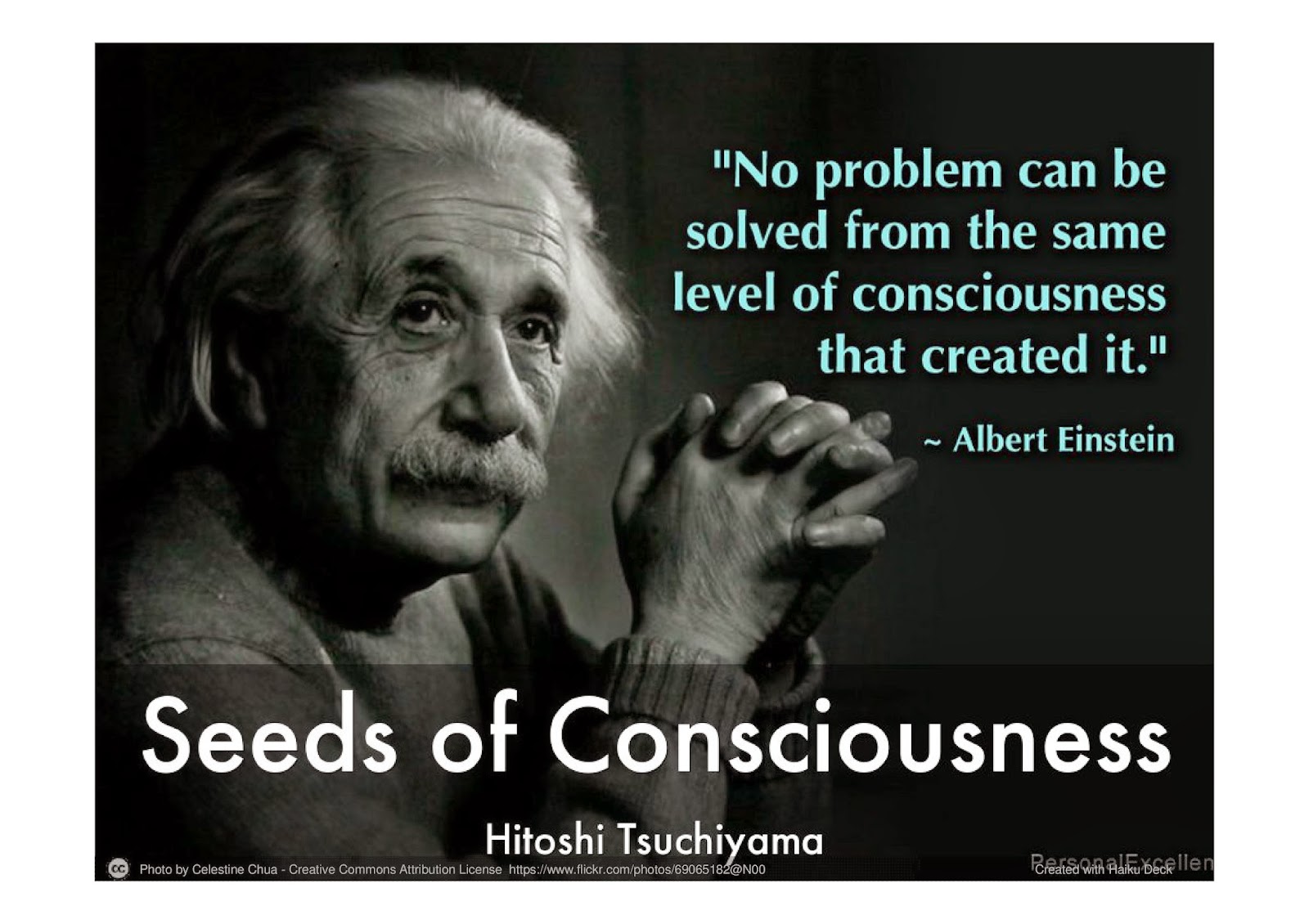 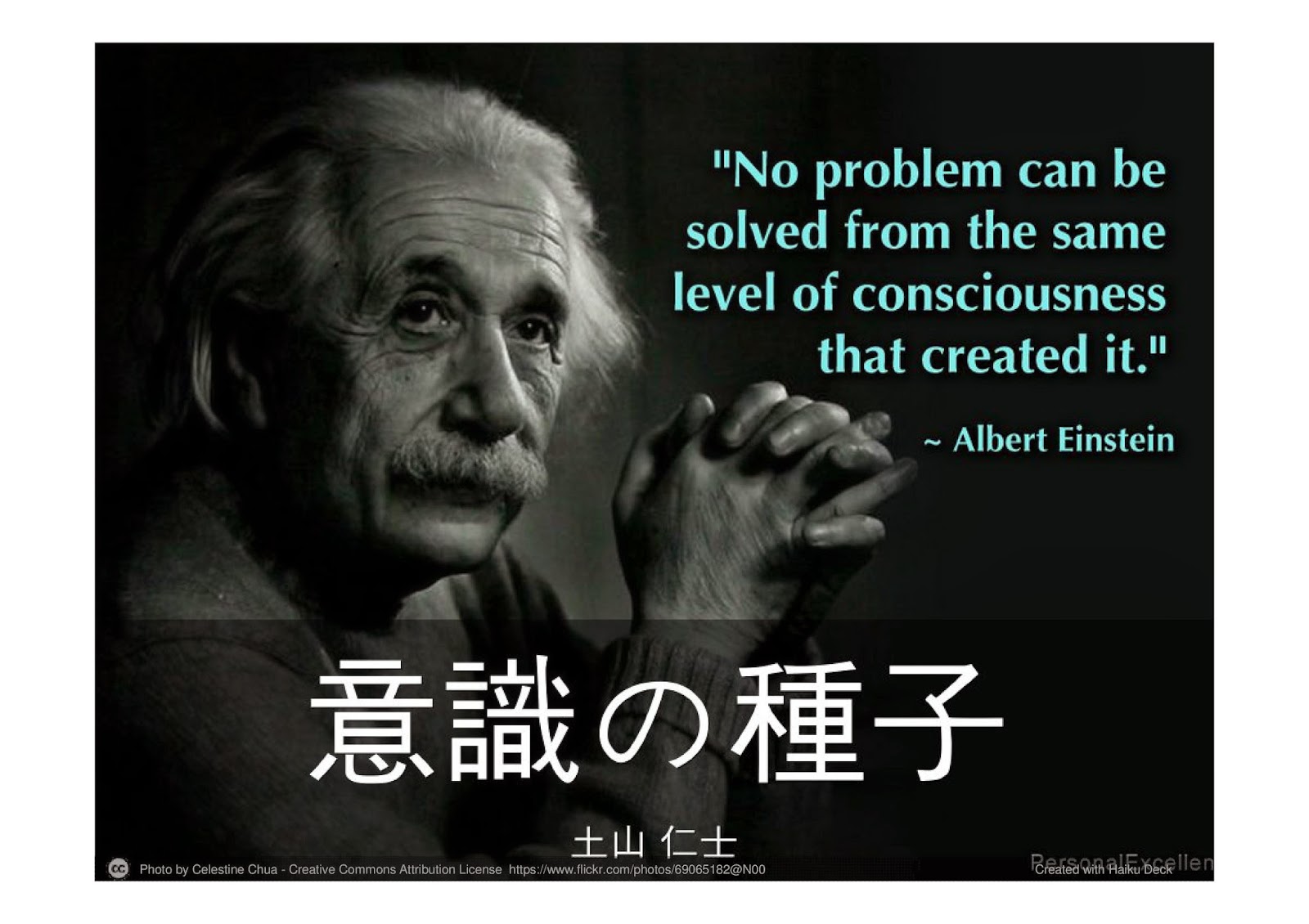 Everyone is perfect, and is already God!
http://www.slideshare.net/compassion5151/perfection-41783472 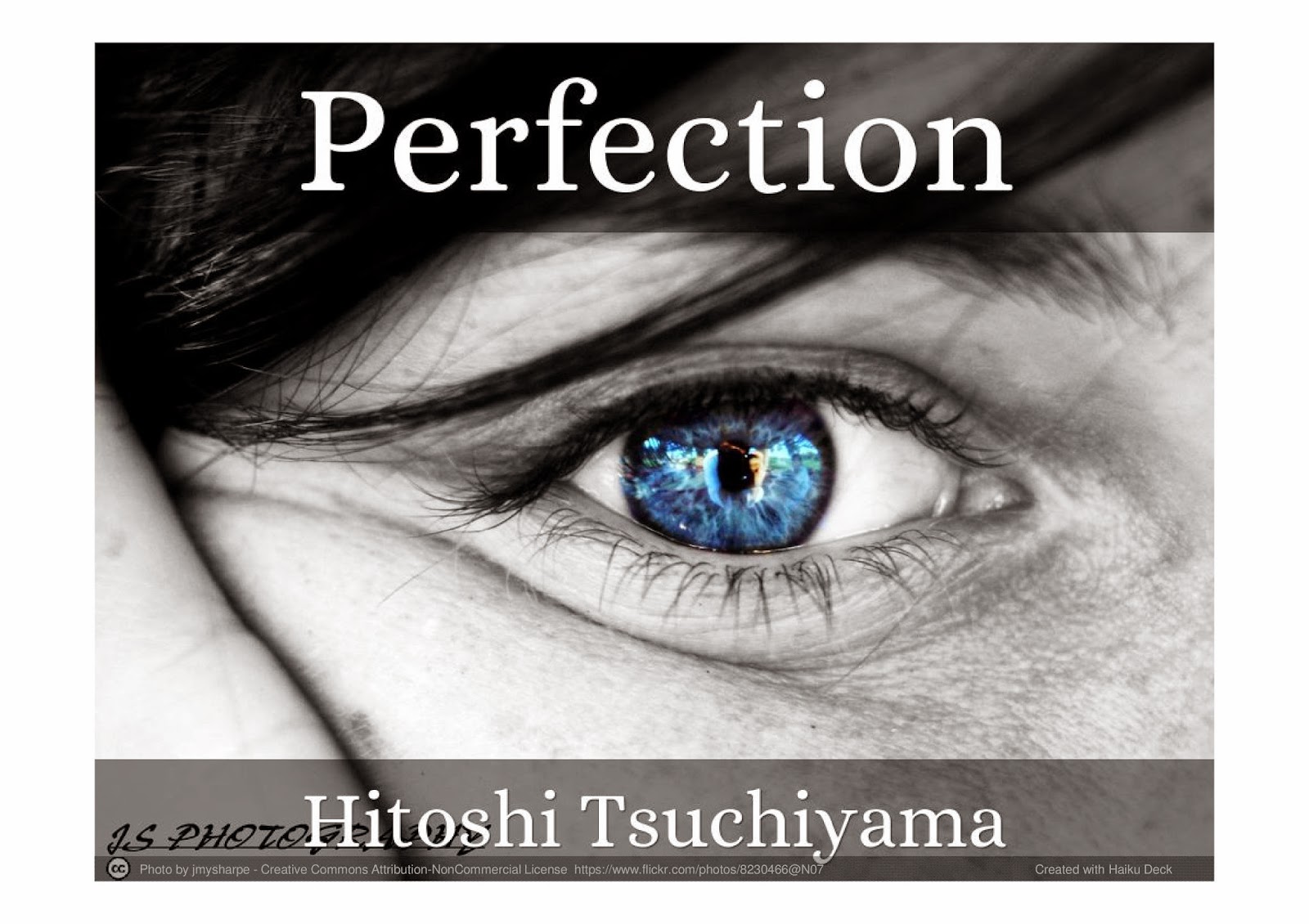 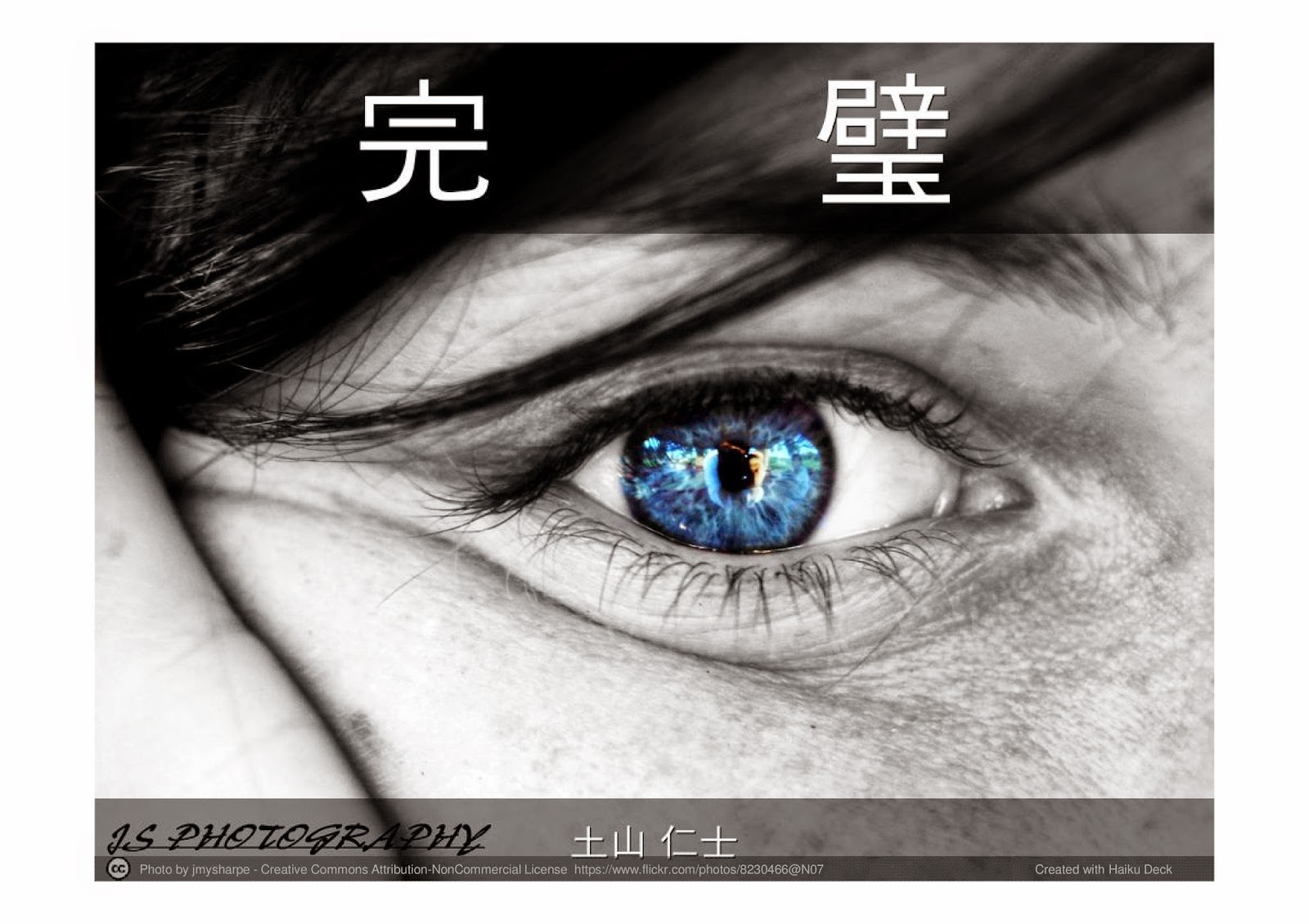 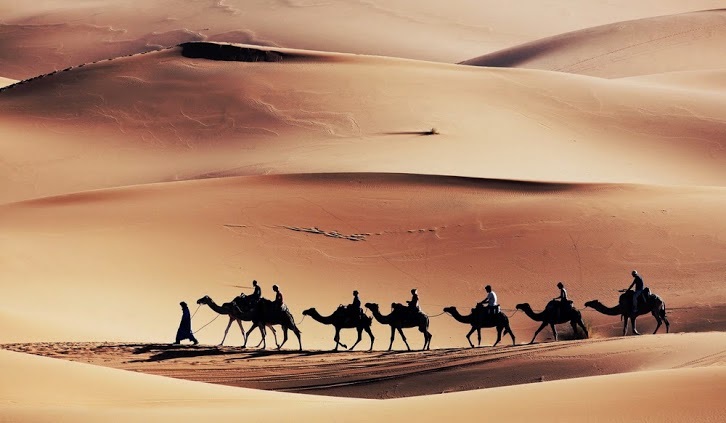 THE SAHARA DESERT Photo by Cesar Rogerio
Posted by Hitoshi Tsuchiyama No comments:

It's tricky but is also interesting that "Absolute" is good in a Vedantic context but is bad in Buddhist context. Its meaning is totally opposite between Buddhism (separate self, independent-self, or ego) and Vedantism (Awareness, Whole Mind, Non-Being, Noumenon...etc). Words are different but the message is the same.

Another interesting point is the difference in approach. Buddhism use the wisdom of Emptiness (absence of separate self, or interdependence, or dependent co-arising), or Middle Way to transcend the duality (pairs of opposites). On the other hand, Vedantism denies Body-mind (ego) as monism, so there is no duality from the beginning. 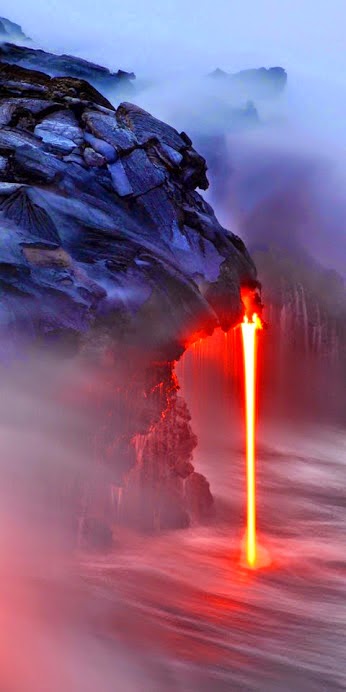 Email ThisBlogThis!Share to TwitterShare to FacebookShare to Pinterest
Labels: Buddhism

What's the difference between Body-mind and Subconscious?
My comparative analysis is the following.

The Solar Dynamics Photo by Corina Marinescu
Posted by Hitoshi Tsuchiyama No comments:

It may take long time but there is a possibility for self-transformation from separate self to non-separate self. If Usāma bin Lādin was in a receptive, cooperative state of mind, it may have happened in a moment. If self-transformation happened in him, it was easy to heal his wounded inner child and to release his ego with pleasure. Then, changing his liquidation plans would automatically occur.

The root cause of all problems is ego. If a friction occurs between your ego and the other's ego, the stress and problems occur. If either of you release your own ego, both of you can avoid stress. However, if either of you can't release your ego, you can't solve problems. Only if both sides release own ego, problems can be solved. One example is Tibetan issue. Even H.H. the Dalai Lama has not been able to solve the problem for more than 50 years by negotiation with Chinese communist leaders. Another example is Israeli-Palestinian issues.

Loving speech and deep listening capacity are the key to restore communications and reconcile. For loving speech and deep listening, both sides have to return to non-separate self and release their ego (separate self). If both sides open their heart, listen deeply, look deeply and understand the other's sufferings, problems will be solved through reconciliation. Here is a video of Thay's Israeli Palestinian Retreat for peace. https://www.youtube.com/watch?v=A1k7DwKhTWA&list=PLXB6HkIr-KyDO9EgGw5mBlx1sGVE5QaW3 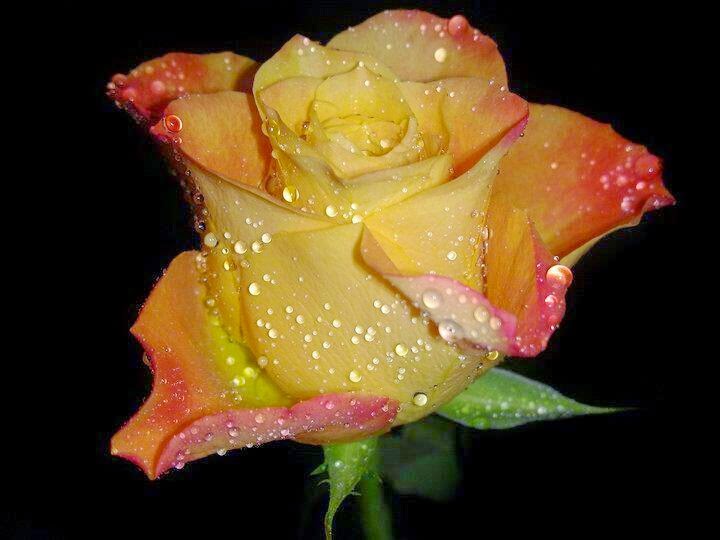 What if you were the psychopath? There must be a reason why.

It is understandable for a person who experienced a serious abuse right after the birth to modify neural circuit for self-protection. If the person does not have the dendritic connections, s/he may be able to stop reactions to sufferings in expense of the loss of empathic reactions.

I guess that pharmaceutical (chemicals) treatment can't cure the psychopath. That's because the root cause is not the brain (matter) but is the subconscious. I understand the brain is a computer for the subconscious. Meditation might have a salutary effect. I feel the most effective method is my own method of reviving true self, healing inner child, releasing ego who have been protecting wounded inner child by cutting empathic reactions.

I guess the defects are not inherited at birth but are created in relation with parents and surrounding people after birth. Regarding the purpose of reincarnation of a serial killer, I guess the position was opposite in their past life between the criminal and the victim. So, the purpose may be to teach the misery of killing and torture to the victim who was the killer in past life. However, the serial killer (teacher) creates a new negative karma, so has to pay for that in the future. At that time, s/he has to pass a retest by forgiving the killer without revenge.

I guess that the point of the karmic imperative is nothing but the evolution of humanity. Justice is a notion for self-justification which separates oneself from others. For example, President Obama and Ms. Clinton defended themselves by explaining that the assassination of Usāma bin Lādin was carried out for the justice. But there is no justice for killing people. It was nothing but an excuse. The motivation might be right but the method was wrong at least. If he still had a power to harm others, the assassination may have been inevitable in order to save many innocent people. But it was not a case. If the victim can forgive the criminal (not the crime), it's the proof that the victim has returned to non-separate self. In those cases, I guess that recombination of gene in brain may occur.

implicate order, where everything is inside of everything else
Posted by Hitoshi Tsuchiyama No comments:

Email ThisBlogThis!Share to TwitterShare to FacebookShare to Pinterest
Labels: evolution

The following picture is my understanding of Reincarnation. How do you feel about it? 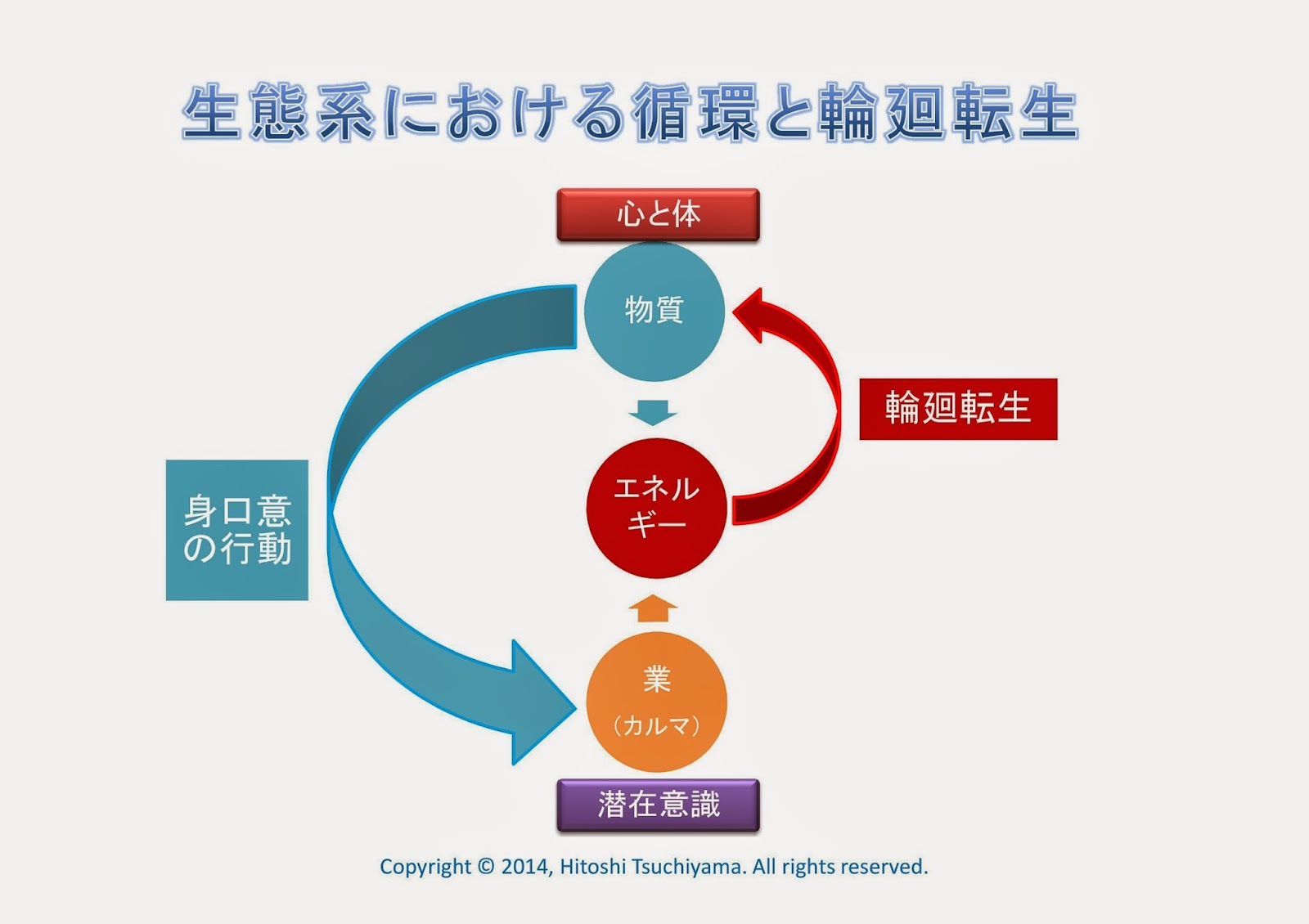 Ramification of our life 人生の分岐 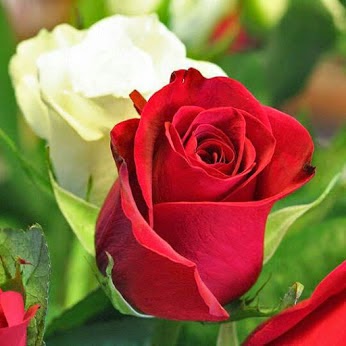 Have you ever read Thay's book titled "Understanding Our Mind"?  At the end of Chapter 31 (p129), Thay mentioned as follows (exerpt from the book):
Quote:
Fritz Perls, one of the founders of the Gestalt school of therapy, has often been quoted as saying:
“I do my thing, you do your thing; I’m not here in this world to live up to your expectations.…
You are you, and I am I,
and if by chance we find each other, it’s beautiful;
if not, it cannot be helped.”
This statement is on the notion of self and other as separate entities. It is not based on the insight of interbeing. I am not very fond of this statement. At the very least I expect you to take care of yourself, because if you take good care of yourself, I will suffer less. My students have the right to expect me to be a good teacher. This means I must practice what I teach—that is only fair. And I have the right to expect my students to put into practice what they have learned from me. That, too, is only fair.
I would like to offer this gatha as a response to the statement of Mr. Perls:
You are me and I am you.
Is it not true that we inter-are?
You cultivate the flower in you so that I will be beautiful,
And I transform the garbage in me so that you don’t have to suffer.
This is the kind of insight that is based on interbeing. If we live our lives according to this insight, we will not have to suffer so much.
:Unquote

Which do you choose, Fritz Perls' statement or Thay's gatha? I will definitely choose Fritz Perls' statement. My question, in other words, is "Which do you choose if you can choose either one, the insight of interbeing or unconditional self-love? I feel this difference has something to do with the difference in approaches between Thay's method (Mindfulness) and my own method (Unconditional self-acceptance). Furthermore, this difference may have something to do with the difference between Meditation and Self-Inquiry. 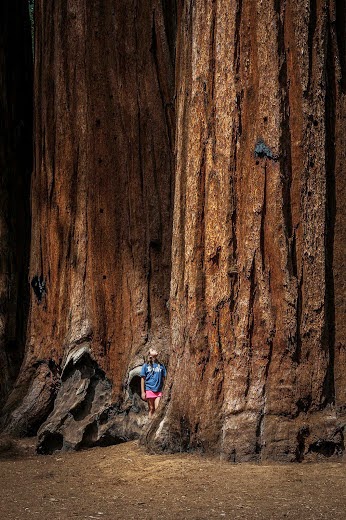 Could someone compose for these lyrics? 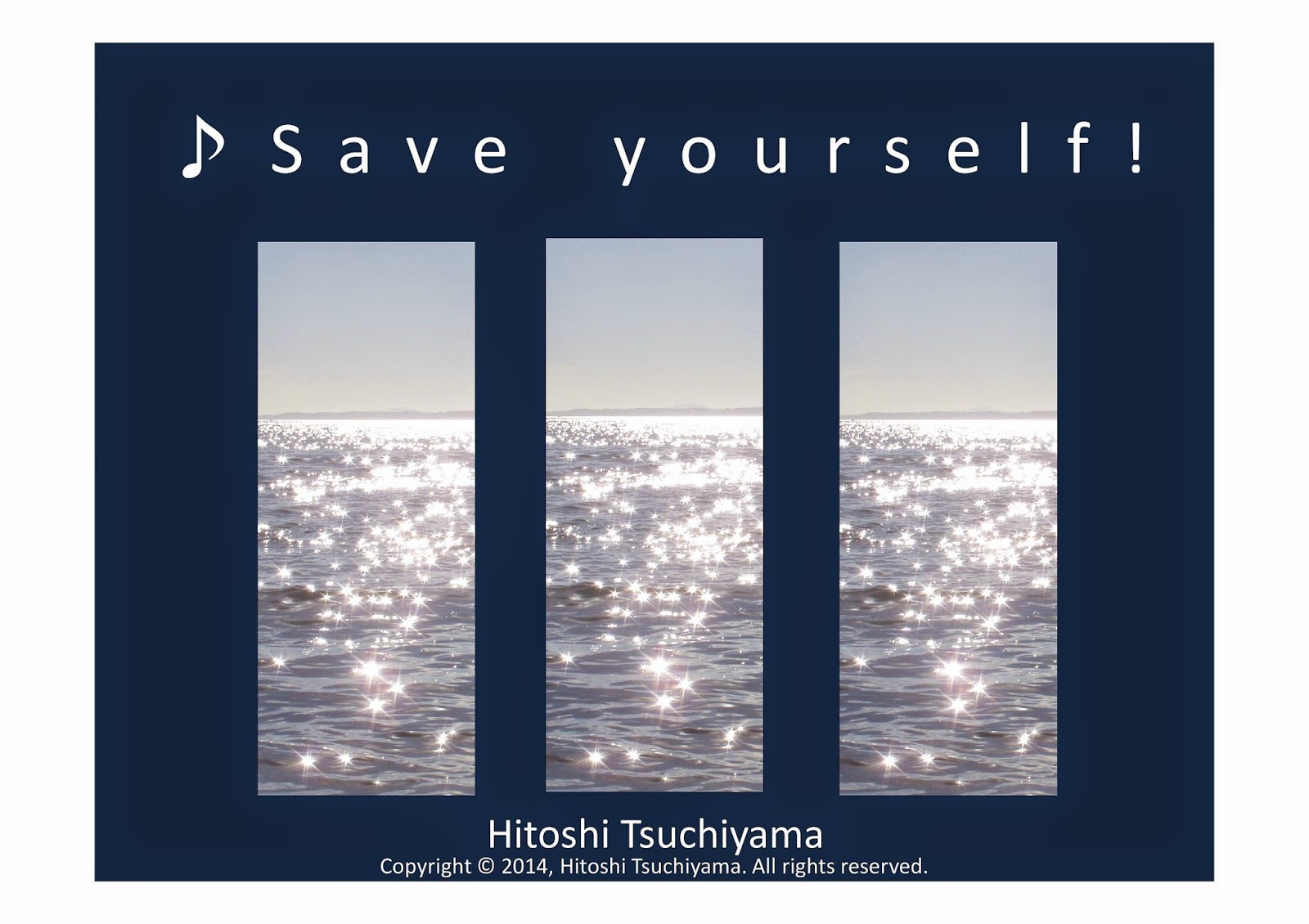 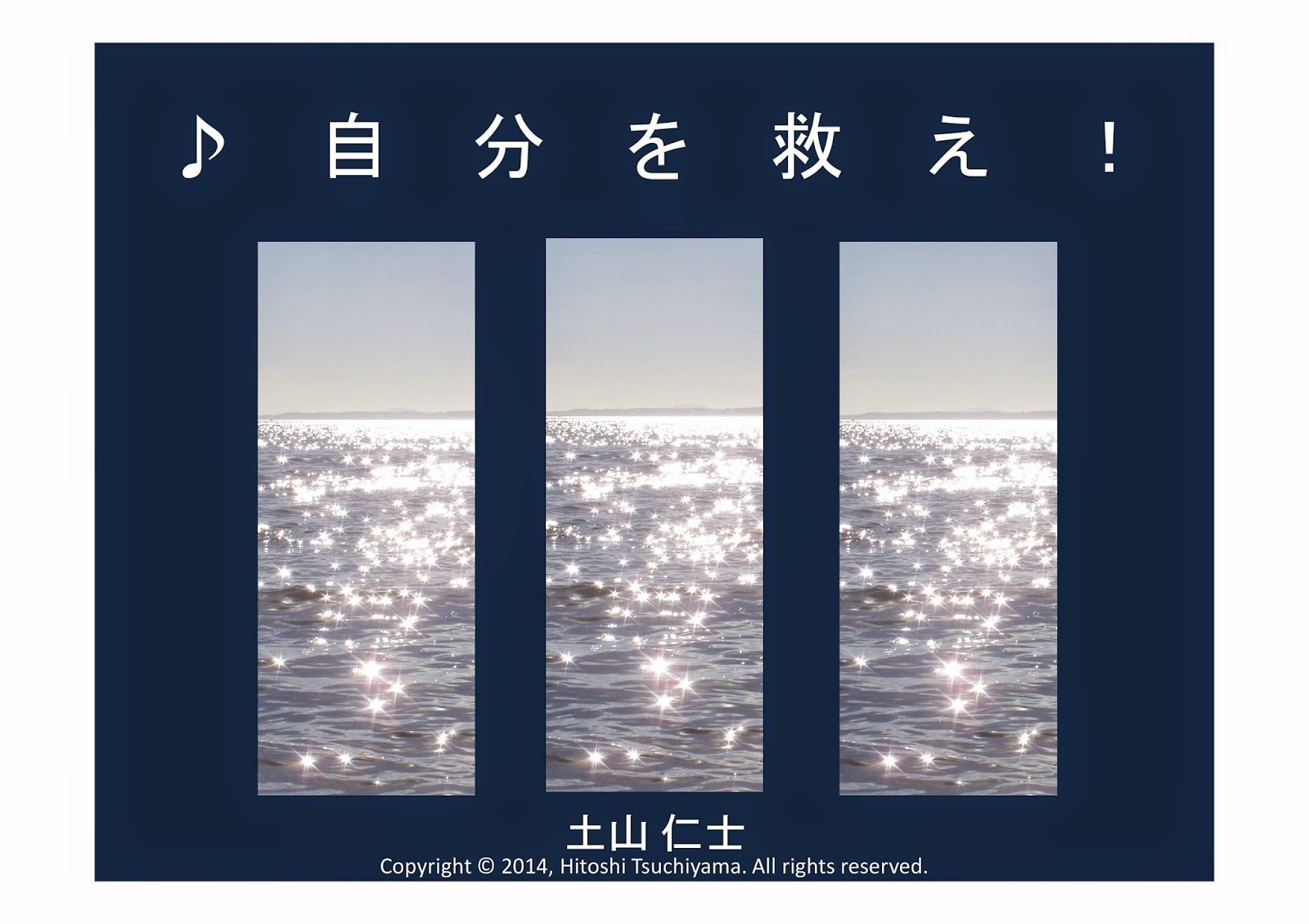 Do you know the difference between Meditation and Self-Inquiry? http://www.slideshare.net/compassion5151/meditation-selfinquiry 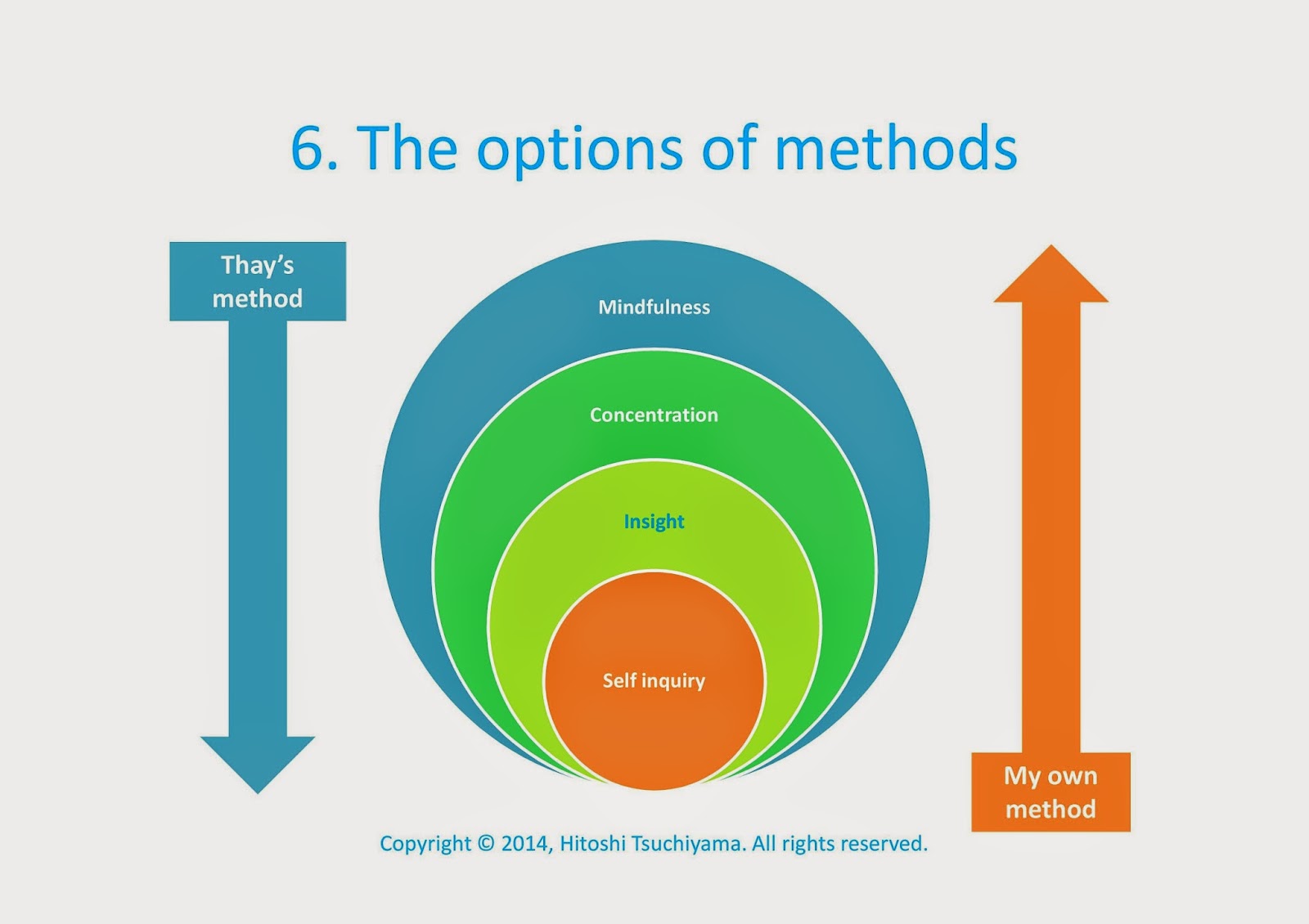 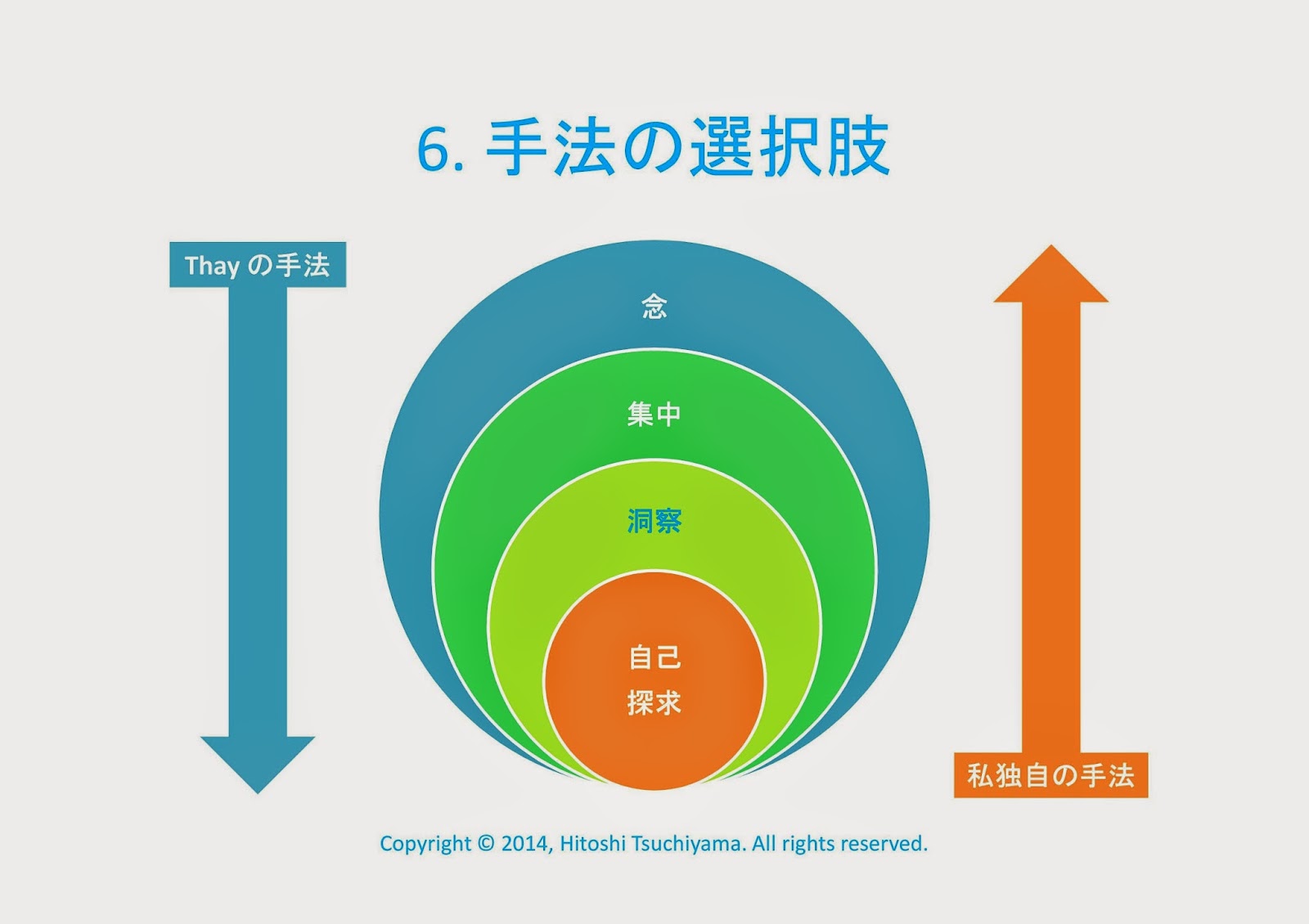 Some people say that there is a great difference between the Ego and Egocentrism. In their definition, the ego doesn't water the evil seeds, while the egocentric waters the evil seeds. My definition of ego is a little different from theirs as follows: Ego (separate self) is made up by wounded inner child for self-protection from parents in babyhood. Ego has the distorted view (egocentrism?) which separates oneself from others that is "I am special, separate and superior to others". Separation, or discrimination is the root cause of sufferings, so ego is the source of sufferings.

So, in my definition, ego is almost the same as egocentric. A slight difference is that egocentric is the exaggeration of ego. I don't deny ego to some extent for our physical survival as the right to live. In fact, ego (separate self) and true self (non-separate self) are interdependent. They are the right side and the left side of a sheet of paper. If we remove ego, true self is also removed. If ego is there, true self is already there. This is called Emptiness (interdependence) or Middle Way in Buddhism and is the way how to transcend the duality.

I feel that most of arts and sports are the sensory level satisfaction which is temporary. I don't deny it if it doesn't harm others but it changes to anger and hatred if it exceeds the limit. In other words, they are nothing but attachment or addictions. Of course, there may be some exceptions which can offer the mental level comfort which is long lasting. 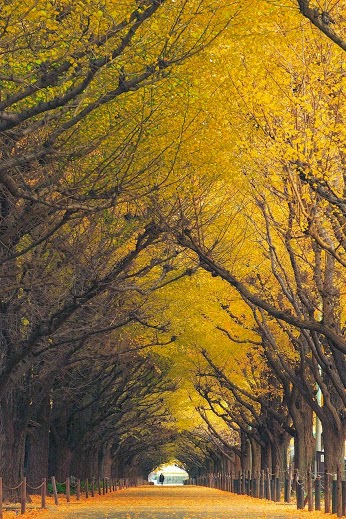 Vegan and Vegetarian may save us and this planet!
Read the following materials for your better understanding in relation to the three major issues below.
http://plumvillage.org/letters-from-thay/sitting-in-the-autumn-breeze/ 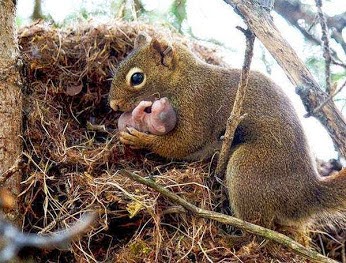 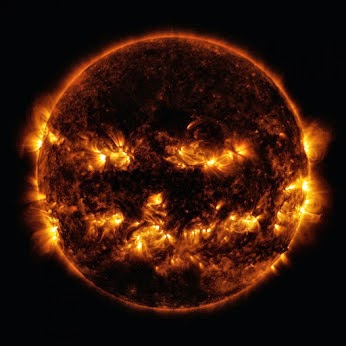