The followings are important messages from Thay in the video.

So, scientists should try in that direction. If they continue to think in dualistic way, they go round and round. You have to see the world in you and you are the world. Many scientists of our time still believe that there is a consciousness in here (body), trying to reach out the world of reality out there and are caught in dualistic thinking about subject and object, or perceptions. The subject of perception is our consciousness that is in here (body), and the object of perception is the world out there. And that is, in Buddhism we call the double grasping. You are caught by the notion of subject and object as a two separate entity. And still caught in that kind of obstacle, dualistic thinking, you can not be free. And the most of the suffering that we have caused each other, it is because of the dualistic thinking, discrimination. Discrimination and dualistic thinking bring about fear, anger, war, liquidation of one another. That is why the first mindfulness training about protecting life should be based on the insight of non-discrimination, non-duality.

It's not by abolishing all weapons that you can have peace. Disarmament should be done at the root. And that root is dualistic thinking, discrimination. And that is the Buddha's insight. And the right thinking should be in the line of non-discrimination, non-duality. And if you think in the direction of non-duality, non-discrimination, there is no longer any anger, any fear. That is why without that understanding, that insight, we can not be really described as Buddhist ethic. So, right thinking is of course the kind of thinking that is in line with compassion, understanding. But it is based on insight of non-discrimination, non-duality. If you continue to think that the brain is one thing and the consciousness generated by the brain is another thing, you are still caught in dualistic thinking. 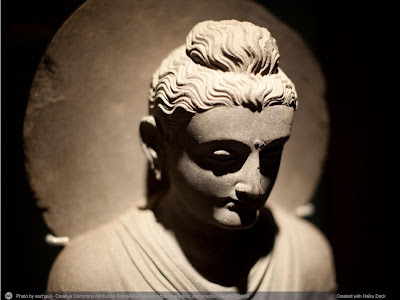