The Seven Factors of Awakening

2. My understanding of awakening path:
(1) The Four Noble Truths ⇒
(2) The Noble Eightfold Path ⇒
(3) The Four Establishments of Mindfulness (The Sutra of  Four
Foundations of Mindfulness) ⇒
(4) The Sutra on the Full Awareness of Breathing (The Sutra on
Mindful Breathing, or Sixteen exercises on mindful breathing)
⇒
(5) The Heart Sutra ⇒
(6) The Seven Factors of Awakening ⇒
(7) The Four Immeasurable Minds

3. Existence or Manifestation (Reality or Appearance)
Thay wrote, ’But if you look around, you will never find an "I"’.
"I": ego (Manas, separate self)

"I": awareness (non-separate self, true self)
I say, ’"I" can see the true nature of reality (real existence) without getting caught by appearance (manifestation) which is illusion or delusion’.

Let us realize the fruit of arhatship and have a breakthrough for our shining presence! 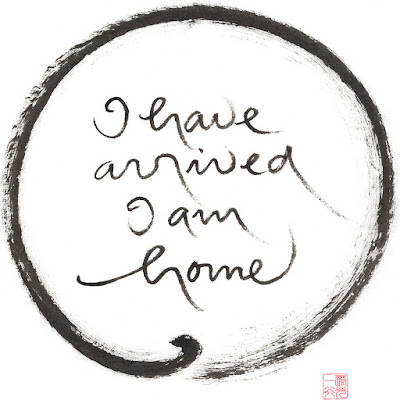