1. Root cause of ignorance

I guess that Buddha recognized ego(separate self） and proposed "emptiness (absence of independent self) or selflessness" as a solution. Buddha must have noticed that most people were ego(separate self）, just like today's world. Buddha understood that the ultimate truth of this planet is "emptiness (interdependence)" but most people had the distorted view which was opposed to the ultimate truth. That's why he said that people suffered from ignorance. Then he showed the right view which matches the ultimate truth as the solution to help them suffer less. I feel like that.
Another possibility is that Buddha wanted to avoid people's misunderstandings because he emphasized selflessness as a solution to transform sufferings too much. If Buddha recognizes the existence of ego (separate self）, people may be confused, because they may have been taught by Buddha that self has never existed before. If so, Buddha can't explain that the root cause of ignorance is separate self (ego).

Why Buddha's real intention is not mentioned in Buddhist scriptures? The ultimate truth of "emptiness (absence of independent existence) or selflessness" may have got out of Buddha's control. Therefore, Buddha's disciple may have decided not to mention the root cause of ignorance for avoiding contradictions and confusions even though they knew that it is ego (separate self）. They may not have wanted to go beyond ignorance.

I feel that Buddhism needs to clearly mention that the root cause of ignorance is ego (separate self） in order to revive original Buddha's teaching. Buddha said, "You yourself, as much as anybody in the entire universe, deserve your love and affection". Thích Nhất Hạnh said, "Loving oneself is the foundation of loving the other person". Both of them teach us that self-love is vital. That's because unconditional self-love enables us to revive true self (non-separate self) and release our ego. This will accelerate the evolution of humanity. 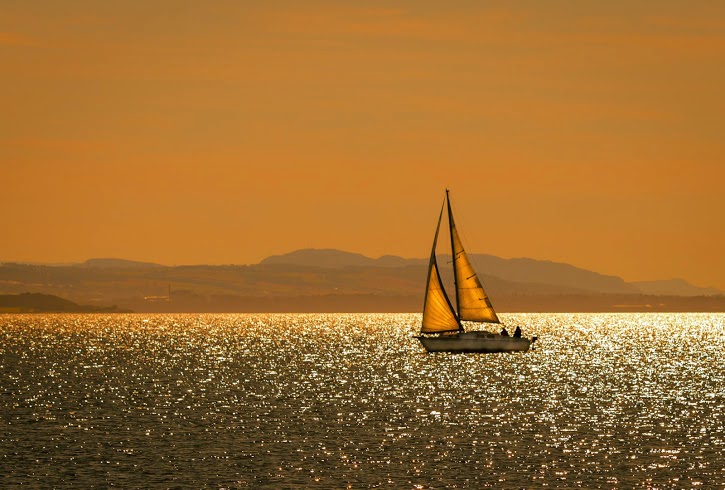 A sailboat on the Moray Firth, Scotland  Photo by George
Posted by Hitoshi Tsuchiyama No comments: