Ultimate Truth can only be noumenal? Are you sure? I understand that Ultimate Truth (non-duality or wholeness) can be touched both in noumenal world and phenomenal world if we are awareness (awakened consciousness). I also understand that all other animals, plants and minerals in the phenomenal world are touching the reality as it is because they don't think. They are subject to time and space but are "real". Of course, if we are ego, it's impossible to touch the Ultimate Truth. That's because what ego sees is what ego thinks.

Someone said, "One presumes, given the way the question is formed, that the "Viewer" is perceiving from the "Ultimate" State, and can still differentiate from what is phenomenal and what is Noumenal." I understand that the viewer is awareness (awakened consciousness), so s/he can transcend space and time. In other words, there is no separation between the noumenal world and the phenomenal world for awareness. Awareness can touch the true nature of reality without perceiving. This can be explained well by the theory of quantum physics called the enfolded (implicate) order and the unfolded (explicate) order. Body enfolds into consciousness. And consciousness unfolds into body.

"NOTHING EXISTS and that I AM NOT!" is a good expression of the noumenal world without space and time. Someone said, "what was being viewed around me (the universe) was no more than a concept, that objects and things are not what they are said to be". My understanding is as follows: If our mind sees psychological, physical, physiological phenomena as objects, what we see is only a projection or reflection of mind, namely an illusion or a delusion. Meanwhile, if awareness attains insight, or a direct view of truth itself without mind, what we see is the true nature of reality. (for more details: http://compassion5151.blogspot.jp/2015/11/true-nature-of-reality.html)

For Voidness (full enlightenment), we (awareness) need to throw away all notions by touching the true nature of reality. One method is mindfulness, concentration and insight. (for more details: http://compassion5151.blogspot.jp/2015/11/words-and-concepts.html) 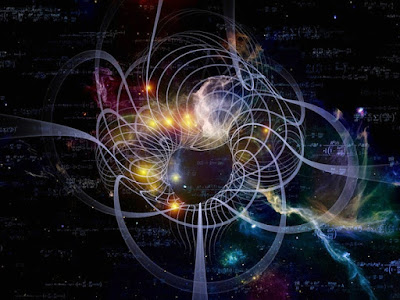