(To See Reality with the Eyes of Understanding)
As already mentioned, it is only in the case of pure sensation that the object of consciousness is reality in-itself. The senses are only of relative value in penetrating reality. That is why, although the content of any sensation is reality-in-itself, what is sensed is never reality in its entirety. Science has shown, for example, that human eyes can perceive only a minute portion of the electromagnetic spectrum. Radium and cosmic rays are among the many waves which are of too high a frequency for us to see. We cannot see radio waves. When we see light and hear sounds, we perceive only waves within certain frequencies. Infra-red rays are invisible to us, as they have longer wave lengths than are visible to us. Since x-rays have shorter wave lengths than those of visible light, we cannot see them either. Everything in the universe would appear quite different if we could see x-rays! Nor can we hear the high-pitched sounds to which the ears of dogs and other animals are sensitive. Among animals on the earth, many can perceive much more of reality than we humans can.

Therefore, the perfect ultimate reality of the universe can only be observed with eyes of great understanding, but these eyes can only open when the concepts which compose the manyana and attachment to wrong views are uprooted. Only then can the alaya reveal itself as a great, perfect mirror reflecting the whole universe.
:Unquote

(My commentary)
I understand that if we are ego (separate self), what we see is an illusion because it is the projection of our mind. But when awareness (true self, or non-separate self) revives, we (awareness) can touch the true nature of reality. That's because there is not projection of mind anymore. Awareness (alaya) can reflect the reality as it is as a perfect mirror. The method to revive temporary awareness is mindfulness by stopping mind through mindful breathing. And the method to revive eternal awareness is full enlightenment, or the extinction of all notions by understanding the ultimate truth through insight. 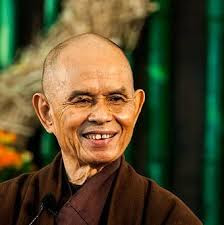