Life as a wave or Life as water?

Thay's message in the following video is very interesting.

My practice these days is to make steps that can help me touch the reality that transcends time and space. Suppose making a step, I touch my birth, the moment of my birth, and I see that I am being born while I touch the ground with my foot. It means that I was not exactly born 80 years ago, I am born now. So, you touch your birth, now you are born. But you don't just touch your birth. You touch your so-called death at the same time. So, you can be born and can die at the same time.

In exactly one moment, you'll understand. And walking like that, you don't think that you are going to die in the future because you are dying now. You are dying now, and you are born also now. So, you touch the nonlocal, the nontemporal. Time and space disappear. In quantum physics, they begin to speak about the nonlocal connection between the quantum. And nonlocal connection becomes the most characteristic of quantum physics.

And we know that when a wave is capable of touching herself deeply, she will realize she is water. And the moment she realizes she is water, and then she is no longer afraid of coming and going, of going up or going down, of beginning or ending, because she has touched her true nature in the ultimate dimension. As a wave, you may be scared but as water, you are no longer fearful. So, going up is a joy and going down is also a joy. And the wave can touch her ultimate dimension.

So, the practice of meditation, the practice of looking deeply, touching deeply help us to touch the historical dimension deeply so that we have a chance to touch our ultimate dimension at the same time. So, it is possible that with one in-breath, with one out-breath, with a step, we can touch the nature of no birth and no death, we can transcend time and space, we can touch the nature of birthlessness and deathlessness like a wave. And this can be seen in the later part of the Sutra of mindful breathing. 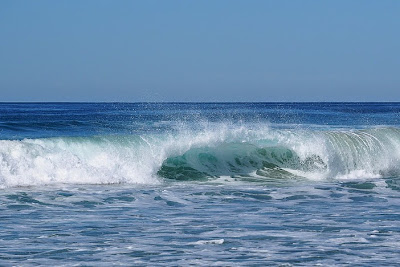