The followings are excerpts from Dharma Talk by Thich Nhat Hanh in 2006.

True emptiness here is the noumenal, the ontological ground of reality. Only the eighth (store consciousness) has access to it, because the eighth has the Wisdom of the Great Mirror — innate wisdom.

According to Buddhist wisdom, life is possible in the realm of no form and no matter. Many people who are about to die and come back to life report that they see light; that may be the realm of pure light. This is an invitation for our scientists: besides matter there is life. Life is expressed not only in terms of matter, it can be expressed in other forms — energy, light, and so on.

The word vasana means impregnation, learning, processing. Because the consciousness is plastic, it can be conditioned. If we have habit energies and patterns of behavior, that is because of vasana. We develop those during the first six years of our life and we continue to do that.

Quantum coherence has been detected by neuroscientists. They have discovered that biological tissues, when they are excited with the right energy level, begin to emit a tiny glow. We know that there are a multitude of molecules of fat and proteins in the membrane of each cell. They are truly electromagnetic dipoles.
When a cell is at rest, these molecules of fat and proteins have their dipoles arranged in a haphazard way. They are out of phase. But when there is stimulation, they begin to jiggle intensively and oscillate in unison. One molecule behaves like the totality of all molecules. You begin to see the holistic property of a Bose-Einstein condensate.

Einstein predicted with mathematics that when we are able to bring the atoms of a substance down in temperature to near absolute zero, every particle behaves like the totality. Every particle loses its boundary and occupies the whole of time and space in that place. It is possible to use laser beams to bombard these particles to bring them down to a temperature very close to absolute zero. Scientists have been able to do that with certain gases and liquids, including gases of sodium and ribidium, and liquid helium. That is what Einstein called a Bose-Einstein condensate (named for Indian physicist Satyendra Nath Bose and Albert Einstein).
Einstein said that we can make the particles sing in unison. The one behaves like the totality and the totality can be seen in the one. We learn that in the case of a laser beam, all the photons in the laser beam behave holistically, they don’t have their own boundaries anymore. They behave just like one photon, similar to a Bose-Einstein condensate.

We don’t need to bring our brain down to a temperature near absolute zero. At body temperature we can observe behavior analogous to quantum properties, quantum coherence. This is very promising.
When the cell is excited with the right energy level, all the electrical dipoles come together and begin to oscillate together, to sing in unison. 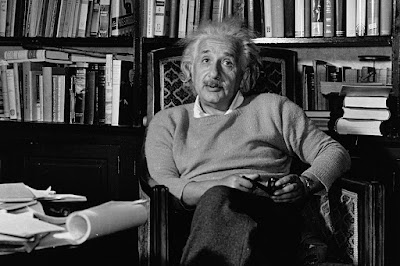