The followings are Thay's precious messages in this Chapter.

3. We concentrate to make ourselves deeply present. When we walk, stand, or sit in concentration, people can see our stability and stillness. Living each moment deeply, sustained concentration comes naturally, and that, in turn, gives rise to insight.

4. Right Concentration leads to happiness, and it also leads to Right Action. The higher our degree of concentration, the greater  the quality of our life.

5. There are nine levels of meditative concentration. The first four are the Four Dhyanas. These are concentrations on the form realm. The next five levels belong to the formless realm. When practicing the first dhyana, you still think. At the other eight levels,  thinking gives way to other energies. Formless concentrations are also practiced in other traditions, but when they are practiced outside of Buddhism, it is generally to escape from suffering rather than to realize the liberation that comes with insight into our suffering. When you use concentration to run away from yourself or your situation, it is wrong concentration.

6. To practice samadhi is to live deeply each moment that is given us to live. Samadhi means concentration. In order to be concentrated, we should be mindful, fully present and aware of what is going on. Mindfulness brings about concentration. When you are deeply concentrated, you are absorbed in the moment. You become the moment. That is why samadhi is sometimes translated as "absorption." Right Mindfulness and Right Concentration lift us above the realms of sensual pleasures and craving, and we find ourselves lighter and happier. Our world is no longer gross and heavy, the realm of desires (karma dhatu). It is the realm of fine materiality, the realm of form (rupa dhatu).

7. In the form realm, there are four levels of dhyana. Mindfulness, concentration, joy, happiness, peace, and equanimity continue to grow through these four levels. After the fourth dhyana, the practitioner enters a deeper experience of concentration — the four formless dhyanas — where he or she can see deeply into reality. Here, sensual desire and materiality reveal their illusory nature and are no longer obstacles. You begin to see the impermanent, nonself, and interbeing nature of the phenomenal world. Earth, water, air, fire, space, time, nothingness, and perceptions inter-are. Nothing can be by itself alone.

9. When someone practices well, the ninth level of concentration shines light on the reality of things and transforms ignorance. The seeds that used to cause you to be caught in self and nonself are transformed, alaya is freed from the grip of manas, and manas no longer has the function of making a self. Manas becomes the Wisdom of Equality that can see the interbeing and interpenetrating nature of things. It can see that others' lives are as precious as our own, because there is no longer discrimination between self and other. When manas loses its grip on store consciousness, store consciousness becomes the Wisdom of the Great Mirror that reflects everything in the universe.

10. When the sixth consciousness (manovijñana) is transformed, it is called the Wisdom of Wonderful Observation. Mind consciousness continues to observe phenomena after it has been transformed into wisdom, but it observes them in a different way, because mind consciousness is aware of the interbeing nature of all that it observes — seeing the one in the many, all the manifestations of birth and death, coming and going, and so on — without being caught in ignorance. The first five consciousnesses become the Wisdom of Wonderful Realization. Our eyes, ears, nose, tongue, and body that previously caused us to suffer become miracles that bring us to the garden of suchness. Thus, the transformation of all levels of consciousness is realized as Four Wisdoms. Our wrong consciousness and wrong perceptions are transformed, thanks to the practice. At the ninth level of concentration, all eight consciousnesses are functioning. Perception and feeling are still  there, but they are different from before, because they are free from ignorance. 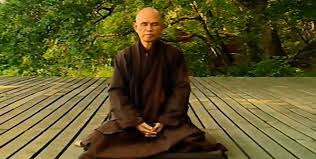