Watch deeply the following Dharma talk of Thay Phap Dung on "The Revolution of the Present Moment".
Thay showed up during 56:00-58:20. Don't miss it!

The followings are important messages from the video:

When you are 70 years old or something, don't say nobody told you. "Nobody told me to enjoy life."

So, you can be your own doctor, your own psychiatrist. And it takes courage. It takes a very revolutionary energy to reorganize and let go of the things you don't need, and focus all your energy toward what is important and what is meaningful.

The ways the corporations or the governments organize, they have monopolized of bodies and minds. This is the way they look at it. You are fighting for your life, for your freedom.

You know the internet. You think you have freedom of choice and access? Actually they have you. ... You have to work more to spend more. I hate to declare but this is the modern slavery.

Now they try to convince all the southeast Asian countries and even a little bit of Europe through the duties agreement to make economy run faster. So, I really question that. We have to really gather and really resist a little bit of that because it is not healthy for our mind. It's making a pressure as a human being a bit too much.

If we look deeply at the world, at the people, feelings rule the world. You look at the newspaper. It's all about emotions. Right? So, emotion (anger, jealousy, discrimination, all these things), you know it makes the world a kind of like what it is. So, we need to know how to handle our feelings.

With the practice of mindfulness, we learn to use the energy of mindfulness to take care of our feelings. A feeling is just a feeling. It dominates. Please remember that. Because sometimes some feelings and emotions will last a day or two. But don't let it overtake you. Most people who take their life away are overwhelmed by emotions in that moment.

The practitioner is like a researcher, studying your mind, studying how you react to things. And the more you know how that works, the more chances you have to free yourself.

And the internet. You think we've been fooled to think that is giving us freedom to be on the computer to access. But you know the company like Google and all these other companies, on the other side of the table, they say, "Let's get their attention, their clicks." They see you not as a human. They see you as clicks. That's what I found out. They want your clicks that means your attention. The longer you stay, the less time you have for your child, the less time for your husband, the less time you have for your life.

(My commentary)
Most people in this world are manipulated and exploited by the intelligent ego (separate self) for their luxurious life. People must awaken themselves to change the world for the better. For that, everyone needs to be mindful and become intelligent awareness (non-separate self). 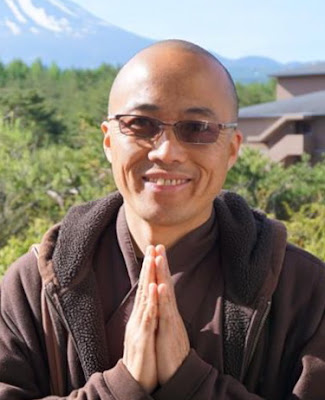