Atoms may have minds.


The followings are the exerpt from:
https://en.wikiquote.org/wiki/Freeman_Dyson


Quote:
My personal theology is described in the Gifford lectures that I gave at Aberdeen in Scotland in 1985, published under the title, Infinite In All Directions. Here is a brief summary of my thinking. The universe shows evidence of the operations of mind on three levels. The first level is elementary physical processes, as we see them when we study atoms in the laboratory. The second level is our direct human experience of our own consciousness. The third level is the universe as a whole.

Atoms in the laboratory are weird stuff, behaving like active agents rather than inert substances. They make unpredictable choices between alternative possibilities according to the laws of quantum mechanics. It appears that mind, as manifested by the capacity to make choices, is to some extent inherent in every atom.

The universe as a whole is also weird, with laws of nature that make it hospitable to the growth of mind. I do not make any clear distinction between mind and God. God is what mind becomes when it has passed beyond the scale of our comprehension. God may be either a world-soul or a collection of world-souls.

So I am thinking that atoms and humans and God may have minds that differ in degree but not in kind. We stand, in a manner of speaking, midway between the unpredictability of atoms and the unpredictability of God. Atoms are small pieces of our mental apparatus, and we are small pieces of God's mental apparatus. Our minds may receive inputs equally from atoms and from God. This view of our place in the cosmos may not be true, but it is compatible with the active nature of atoms as revealed in the experiments of modern physics. I don't say that this personal theology is supported or proved by scientific evidence. I only say that it is consistent with scientific evidence.
: Unquote

Freeman John Dyson, theoretical physicist and mathematician, seems to think that atoms and humans and God may have minds that differ in degree but not in kind. 【 Atoms ＜ Humans ＜ God (the universe as a whole) 】 I feel his awareness is wonderful. The important point is that atoms may have minds (the capacity to make choices). That's because his insight is consistent with Buddha's teaching. That is that Buddha nature (God) is contained within the elements (water, air, earth, sunshine), namely every particle and energy, of everything including humans.

So, there may be Divine nature (Buddha nature) within the mind (consciousness) of atoms. Freeman's view is not proved by scientific evidence (the active nature of atoms as revealed in the experiments of modern physics, or the capacity to make choices), but it seems to be consistent with scientific evidence. Therefore, it can be regarded as a very influential clue. But if there is Divine nature (Buddha nature) within the mind (consciousness) of atoms, we may need to fine‐tune Freeman's "three levels of minds" as follows: 【Implicate order】 Subconscious (Seeds of mental formations including Divine nature, or Buddha nature) ≦ Consciousness (mind: mental formations such as feelings and perceptions) ≦ Elementary particle or Energy (E = mc 2) ≦ Humans, animals, plants, minerals ≦ Whole cosmos (water, air, earth, heat and light) 【Explicate order】 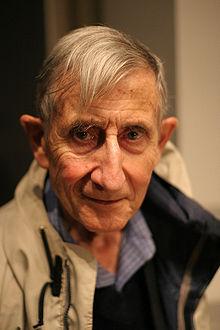