Read the following story on Bodhi Tree and Bright Mirror.
http://www.buddhistdoor.com/OldWeb/bdoor/archive/zen_story/zen3.htm
The followings are excerpts.

Quote:
One day, the Fifth Patriarch, Hung Jen assembled all his disciples and said,"Go and seek for Prajna in your own mind and write me a stanza (gatha) about it. The one who understands the reality of Buddhist nature will be the Sixth Patriarch."

The head disciple, Shin Shau composed his stanza and wrote it on the wall of the corridor, so that the Patriarch might know what spiritual insight he had attained. The stanza read:

Our body is the Bodhi tree,
And our mind is like a bright mirror with stand,
Diligently we wipe them all the time,
And let no dust alight.

Later, Hui Neng who worked in the kitchen heard a young man reciting the stanza. At once, he realized that the stanza did not reveal the reality of Buddhist nature.

As he was illiterate, he asked people to scribe his stanza, which reads:

There is no Bodhi Tree
Nor the stand of a bright mirror,
Since all is void,
Where can the dust alight?

Eventually, Hui Neng received the robe and Dharma from Hung Jen, and became the Sixth Patriarch of Zen Sect in China.
:Unquote

In the ultimate dimension (nirvana) without space and time, nothing can exist and the extinction of all notions is there. So, only those who have thrown away all notions or an illiterate person, can attain full enlightenment. In other words, literate people have to throw away all notions which they studied very hard by their head (brain). In this sense, the present education system is very silly. That's because students are learning subjects which they have to throw away in the future. Only correct academic theme may be quantum physics which is based on non-duality.

I understand that human inherent nature is the Buddha nature, or compassionate nature which does not generate notions. And I understand that notions are made up by ego (separate self) who separates oneself from others for self protection. As Sister Chan Khong mentioned, perception itself is the series of notion in the head. So, all notions, perceptions, ideas, views, words, beliefs ...etc are for separations which cause afflictions. That's why people are perplexed by them.

We can touch the true nature of reality through our calm mind, like still water which reflects the reality as it is like a mirror. But if our mind is not calm like wavy water, it can not reflect the reality as it is. Notions cause afflictions, not calm mind. So, we can not use notions as a mirror. Only if we stop thinking (using notions), awareness revives and brings about insight (right view). For that, the extinction of all notions is essential. This is the Buddha's or Thay's teaching. Of course, we need to use notions in the phenomenal world, or the historical dimension, though. But we have to be very careful not to be caught in notions.

I understand that humans, animals, plants and minerals are all the same as the whole cosmos. As a flower is just blooming without thinking, as a bird is just singing beautifully without thinking, a human is just touching the wonders of life without thinking. That is the inherent nature of everything. But the obstacle for humans is thinking by using notions, because it causes separations, or the duality which is the source of afflictions and sufferings. That's why we need to throw away all notions by understanding the ultimate truth which shows that all notions are wrong. 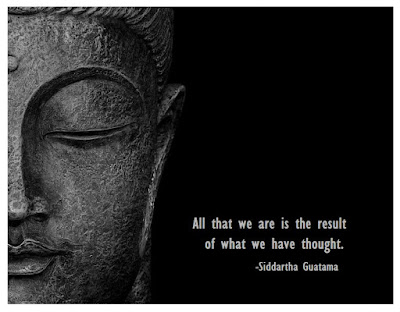