Everyone knows that every civilization in the past has vanished. And this civilization of ours can vanish also. The earth will take a million years in order to help recreate another civilization. So, it's not the problem with the earth because she has enough patience and endurance and she can wait. So, it's us, human beings who do not have endurance, insight and courage.

And we can lose our hope and we can get a drown into the sea of despair. And when we are victims of despair, we can't do anything and we can make the situation worse. So, that is why we have to take care of our insight, our thinking or mind first. And that is why meditation is something very important.

And if we do not do that, other things we do will not vary any result. So, to meditate is the most basic, crucial thing to do. You have to get out of despair. You have to get insight, non-fear. You have to reserve your compassion in order for you to be the real instrument of mother earth, in order to help other species.

And our century should be a century of spirituality. Whether we can survive or not, it depends on it. If we get in touch deeply with the historical dimension with the phenomenal realm, we begin to touch the ultimate dimension. We will touch the dimension of no birth and no death, no being and no non-being.

And hopefully in the 21st century, we can come together and afford ourselves to that kind of religions which will be able to unite people and remove all separations and discrimination. Because the dogmatism has been the cause of separation and war a lot. And if each tradition makes an effort in order to go in the direction, we will soon have that kind of religion that will not be based on myths, belief and dogmas, but based on evidence. And that will be a giant step for mankind. Thank you. 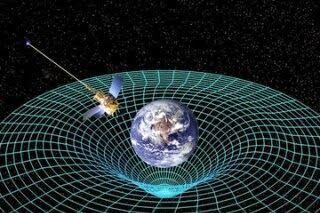 Albert Einstein's theory of general relativity in 1915
Posted by Hitoshi Tsuchiyama No comments: